DIRECTOR LAURA GABBERT WILL PARTICIPATE IN A LIVE Q&A (VIA SKYPE) AFTER THE 7PM SCREENING ON SATURDAY, APRIL 2nd!
CITY OF GOLD chronicles Pulitzer Prize-winning restaurant critic Jonathan Gold’s deep and complex relationship with the food and culture of his city, Los Angeles.

In this richly penetrating documentary odyssey, Pulitzer Prize-winning food critic Jonathan Gold shows us a Los Angeles where ethnic cooking is a kaleidoscopic portal to the mysteries of an unwieldy city and the soul of America. Combing through colorful neighborhoods in his green pickup truck, Gold is sniffing out his next strip-mall discovery-whether Oaxacan grasshopper soup, hand-cut tonkotsu ramen, or a particularly unctuous pad see ew. As piping-hot platters are served up, so are stories of immigrants whose secret family recipes are like sacred offerings pledged for the opportunity to build their American Dream. With eternal curiosity, razor-sharp intellect, and existential longing, Gold is a culinary geographer taking us where no critic has gone before. 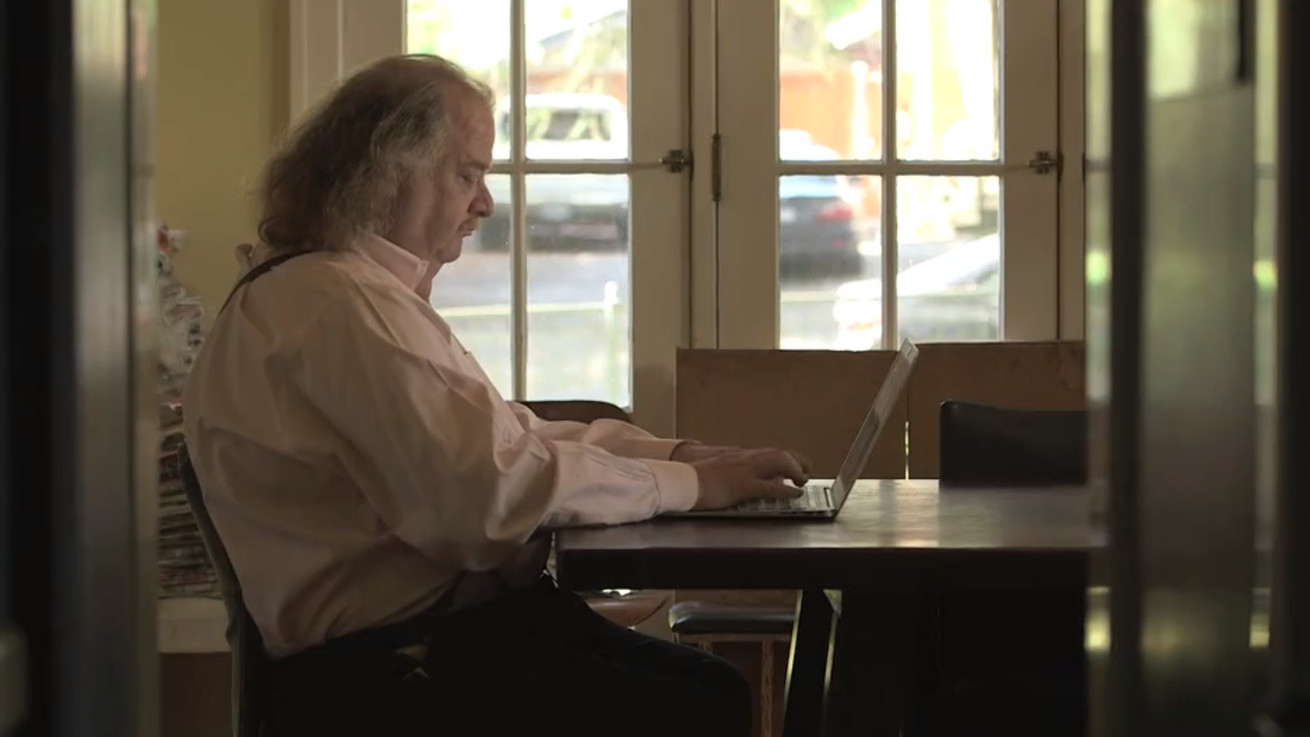 “City of Gold transcends its modest methods, largely because it connects Mr. Gold’s appealing personality with a passionate argument about the civic culture of Los Angeles and the place of food within it.”
– NEW YORK TIMES

“In essence, City of Gold is a celebration of a critic who helped define a city by what it eats. And at a bargain price. So take notes, and dig in.”
– ROLLING STONE

“Gold is merely the conduit for the film’s real focus: Like his own reviews, City of Gold is a love letter to L.A.”
– VILLAGE VOICE

“As Gabbert alternates [Gold’s] monologues with long, gliding shots of funky supermarkets and old cinemas, she makes the point these aren’t disconnected aberrations in L.A. This is the city.”
– THE A.V. CLUB