General Admission $11, Student/ Senior $9.50, Members $7.50. General admission tickets available online and at the door. Student and Senior tickets only available at the door. ALL TICKET SALES ARE FINAL. NO REFUNDS. NO EXCHANGES. NO EXCEPTIONS.

Who is Vivian Maier? Now considered one of the 20th century’s greatest street photographers, Vivian Maier was a mysterious nanny who secretly took over 100,000 photographs that went unseen during her lifetime.

Vivian Maier was an American street photographer born in New York City. Although born in the U.S., it was in France that Maier spent most of her youth. Maier returned to the U.S. in 1951 where she took up work as a nanny and care-giver for the rest of her life. In her leisure however, Maier had begun to venture into the art of photography. Consistently taking photos over the course of five decades, she would ultimately leave over 100,000 negatives, most of them shot in Chicago and New York City. Vivian would further indulge in her passionate devotion to documenting the world around her through homemade films, recordings and collections, assembling one of the most fascinating windows into American life in the second half of the twentieth century.

In Finding Vivian Maier, Maloof teams with producer Charlie Siskel to uncover this mystery. Following clues, they trace Maier’s history through New York City, France, and Chicago. Maier was an inveterate wanderer and self-taught photographer, favouring a Rolleiflex twin-lens reflex camera, with an uncanny ability to get close to people from all walks of life. Her artful and comic eye calls to mind the photography of Berenice Abbott and Weegee. Thanks to Maloof’s efforts, critics and galleries have now rallied behind Maier’s work, and The New York Times recognized her as “one of America’s more insightful street photographers.”

But as Maloof meets people who knew Vivian, new questions arise about her life and work. The families who employed her as a nanny have mixed memories, and hint at her dark side. Would she have even wanted this attention? Answering that question depends on how you interpret different bits of evidence. Regardless, it’s a wonder to behold the world through Vivan Maier’s eyes. 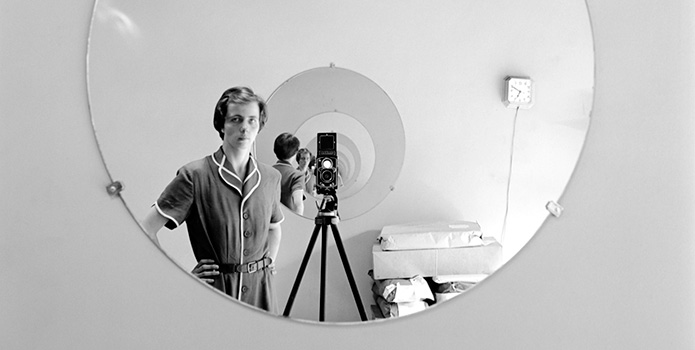 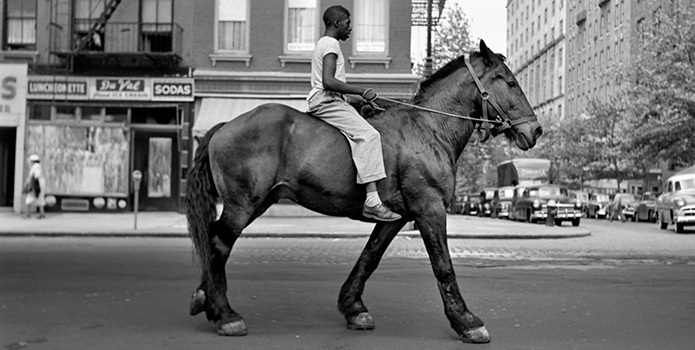 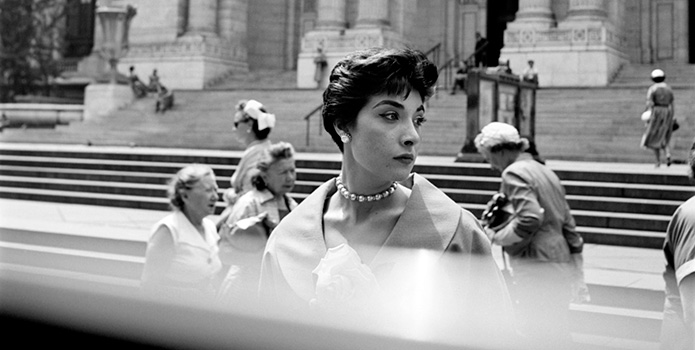 General Admission $11, Student/ Senior $9.50, Members $7.50. General admission tickets available online and at the door. Student and Senior tickets only available at the door. ALL TICKET SALES ARE FINAL. NO REFUNDS. NO EXCHANGES. NO EXCEPTIONS.

“An exciting electric current of discovery runs through “Finding Vivian Maier,” a documentary about a street photographer who never exhibited her work.”
– NEW YORK TIMES

“What we find out about Maier, revealed in self-portraits as a striking woman with a singular sense of self, is fascinating.”
– LOS ANGELES TIMES

“Self-taught and roaming free in the city, Vivian Maier captured the remarkable in the ordinary.”
– NPR

“The movie does nearly everything right in its chosen, compact, 83-minute form.”
– CHICAGO TRIBUNE

“Maier’s work, interspersed throughout the film, lets us hear her voice: an array of faces gazing at us, meeting her camera, creating a tiny moment in time.”
– SEATTLE TIMES

“The film functions best as an introduction to her work, which is what matters, and an invitation to see more of it, which is highly recommended.”
– SAN FRANCISCO CHRONICLE

“A film that leaves a large part of its subject’s mystery gratifyingly intact.”
– WASHINGTON POST

“Every time one of her photos flashes on the screen, the woman’s genius is undeniable.”
– DETROIT NEWS

“A penetrating doc about a photographer who became a celebrity only after her death.”
– COMPUSERVE