Aerial Vision explores how early 20th-century inventions—airplanes and skyscrapers, each considered the embodiment of human achievement and a harbinger of a better tomorrow—sparked an era of remarkable creativity and new systems of seeing the world. Met with awe and excitement, both technologies introduced novel approaches for living, working, and traveling and opened up previously inaccessible vertical perspectives to modern spectators, from artists and designers to urban planners and everyday office workers. This exhibition of paintings, posters, furniture, and more draws from the Wolfsonian collection to examine these heightened positions of power and privilege, revealing connections between newly available viewpoints and their impact on the artistic imagination.

O Cinema is proud to partner with The Wolfsonian–FIU for a special film screening in conjunction with their latest exhibition, AERIAL VISION! Ticket-holders can get a free tour of The Wolfsonian exhibition @ 4pm and then walk across the street to watch KING KONG @ 5pm!

In the classic adventure that made her a star, Fay Wray plays the beautiful woman who conquers the savage heart of a giant ape. Traveling to an uncharted South Pacific island with an adventurer following tales of a God-Ape, Ann Darrow (Wray) is captured by the island’s natives to serve as a human sacrifice to Kong. But when Kong, a giant ape, sees Darrow, it is overcome with love–and eventually captured by the adventurers. Taken to New York and put on display, Kong breaks free and pursues Darrow through New York in one of the most famous scenes ever filmed. 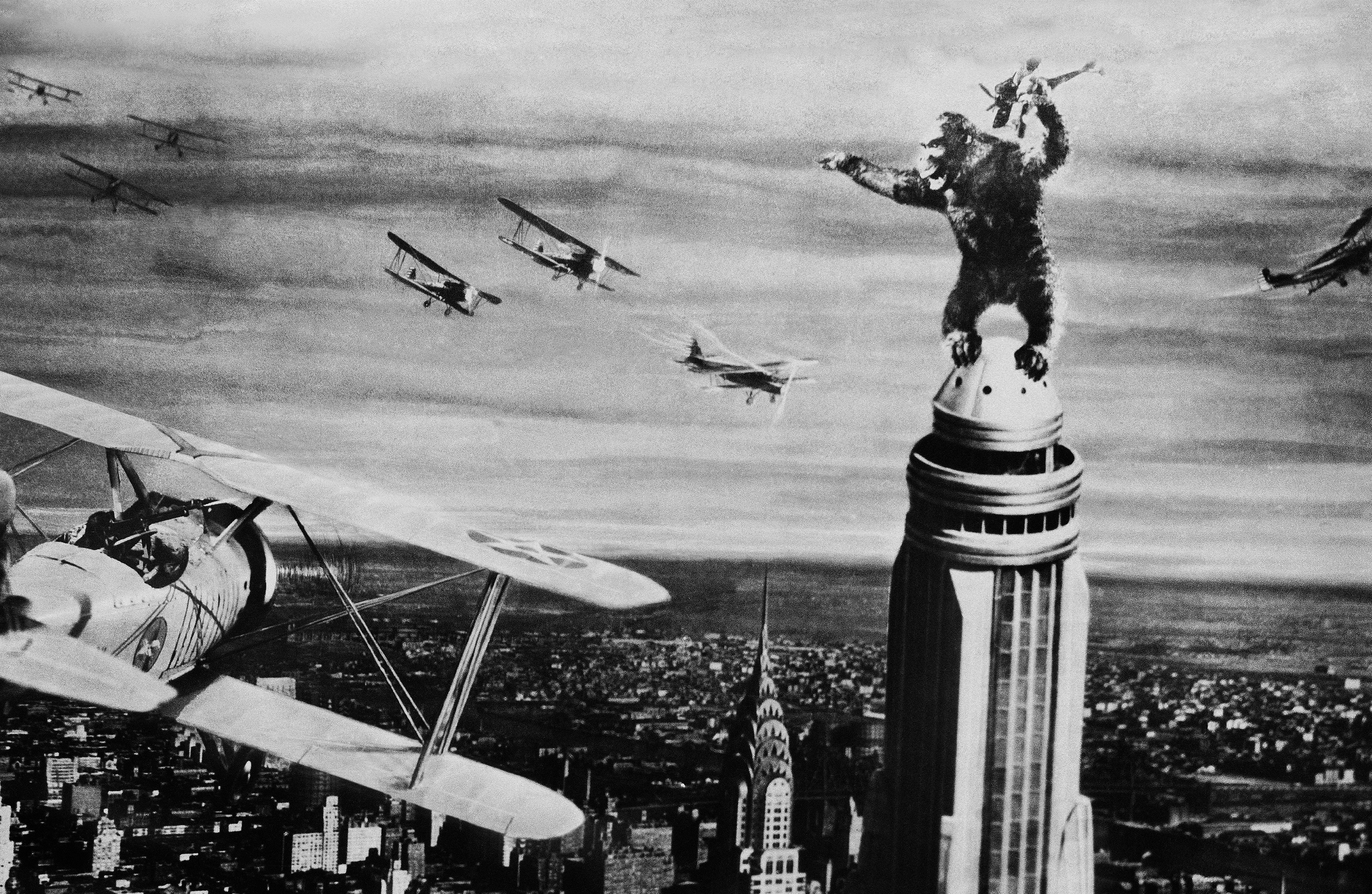