A new pair of best friends have their bond tested by their parents’ battle over a dress shop lease.

Jake (Theo Taplitz) is a quiet, sensitive middle schooler with dreams of being an artist. He meets the affably brash Tony (Michael Barbieri) at his grandfather’s funeral, and the unlikely pair soon hit it off. The budding friendship is put at risk, however, when a rent dispute between Jake’s father, Brian (Greg Kinnear), and Tony’s mother, Leonor (Paulina Garcia), threatens to become contentious.

LITTLE MEN is a critical yet empathetic look at the dangers of gentrification. Ira Sachs, director of Love Is Strange and the Sundance Grand Jury Prize Winner Forty Shades of Blue, accentuates the natural vibrancy of Brooklyn and brings out the best in his actors. Taplitz and Barbieri have a natural rapport and earnestness that belies their young age. Kinnear and Garcia bring weight to their roles as the feuding parents, and Jennifer Ehle, Talia Balsam, and Alfred Molina round out the cast with wonderful supporting turns. It’s a triumphant return to the Festival for Sachs, who has made a film that never lets its abundant kindness interfere with its honest portrayal of a rapidly changing neighborhood. 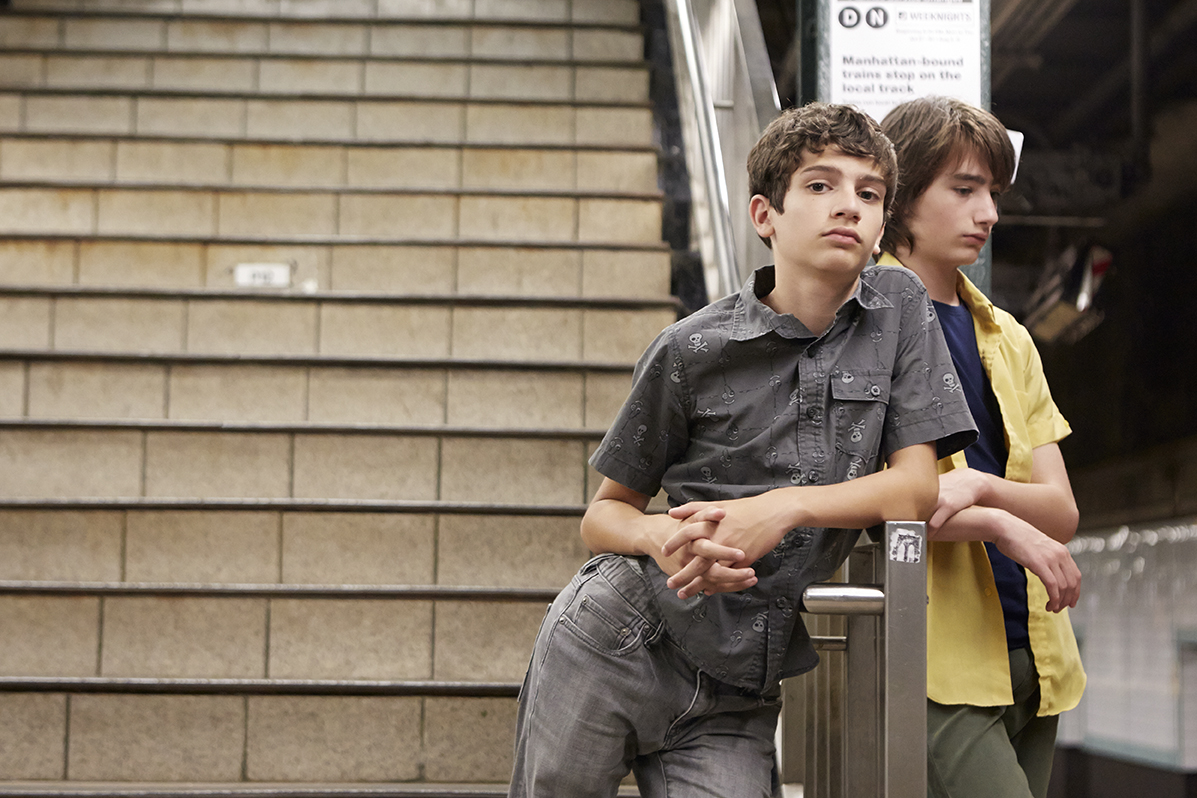 “It’s a subtle movie, alert to the almost imperceptible currents of feeling that pass between its title characters.”
– NEW YORK TIMES

“Sachs’ extraordinarily humane knack for emotional restraint echoes throughout Little Men. And it is all the more profound for it.”
– CINEVUE

“The remarkable, magical thing about this film is that, at 85 minutes, it’s so whole. With its fully-formed people and changing places, Little Men is a film a viewer can live in, and think about while they’re there.”
– SCREEN INTERNATIONAL

“The performances are impeccable. Sachs is a master of expressive understatement, and that applies both to the young actors playing the boys — there’s not a false moment from either of them — and to the adults.”
– HOLLYWOOD REPORTER