Don Cheadle’s illustrious acting career started in the 1980’s with a number of television parts, which then paved the way for movie castings in the years that followed. Cheadle rose swiftly in the acting world and won the Los Angeles Film Critics’ Best Supporting Actor award for his amazing work with Denzel Washington in DEVIL IN A BLUE DRESS. Since that time, Cheadle’s career has expanded in thematic diversity and critical praise, as several of his performances during the 2000s have been nominated for Oscars. Cheadle’s performances in a number of critically acclaimed movies and his portrayal of James “Rhodey” Rhodes (also known as War Machine) in the Marvel Cinematic Universe movies have made him a household name. However, no matter how little or significant the role, Cheadle always gives outstanding performances and has developed into one of Hollywood’s most versatile actors.

O Cinema’s monthly series, SEASONED ACTORS, celebrates the work of an actor that has greatly contributed to the cinematic culture of our lifetimes. And for our 4th (and final) season this year, we’re honoring the work of the multi-talented DON CHEADLE!

In the midst of a dazzling and prolific career at the forefront of modern jazz innovation, Miles Davis (Don Cheadle) virtually disappears from public view for a period of five years in the late 1970s. Alone and holed up in his home, he is beset by chronic pain from a deteriorating hip, his musical voice stifled and numbed by drugs and pain medications, his mind haunted by unsettling ghosts from the past. Inspired by events of his life, this is a wildly entertaining, impressionistic, no-holds barred portrait of one of 20th century music’s creative geniuses, Miles Davis, featuring a career defining performance by Oscar nominee Don Cheadle in the title role. Working from a script he co-wrote with Steven Baigelman, Cheadle also makes his directorial debut with this unconventional biographical drama. 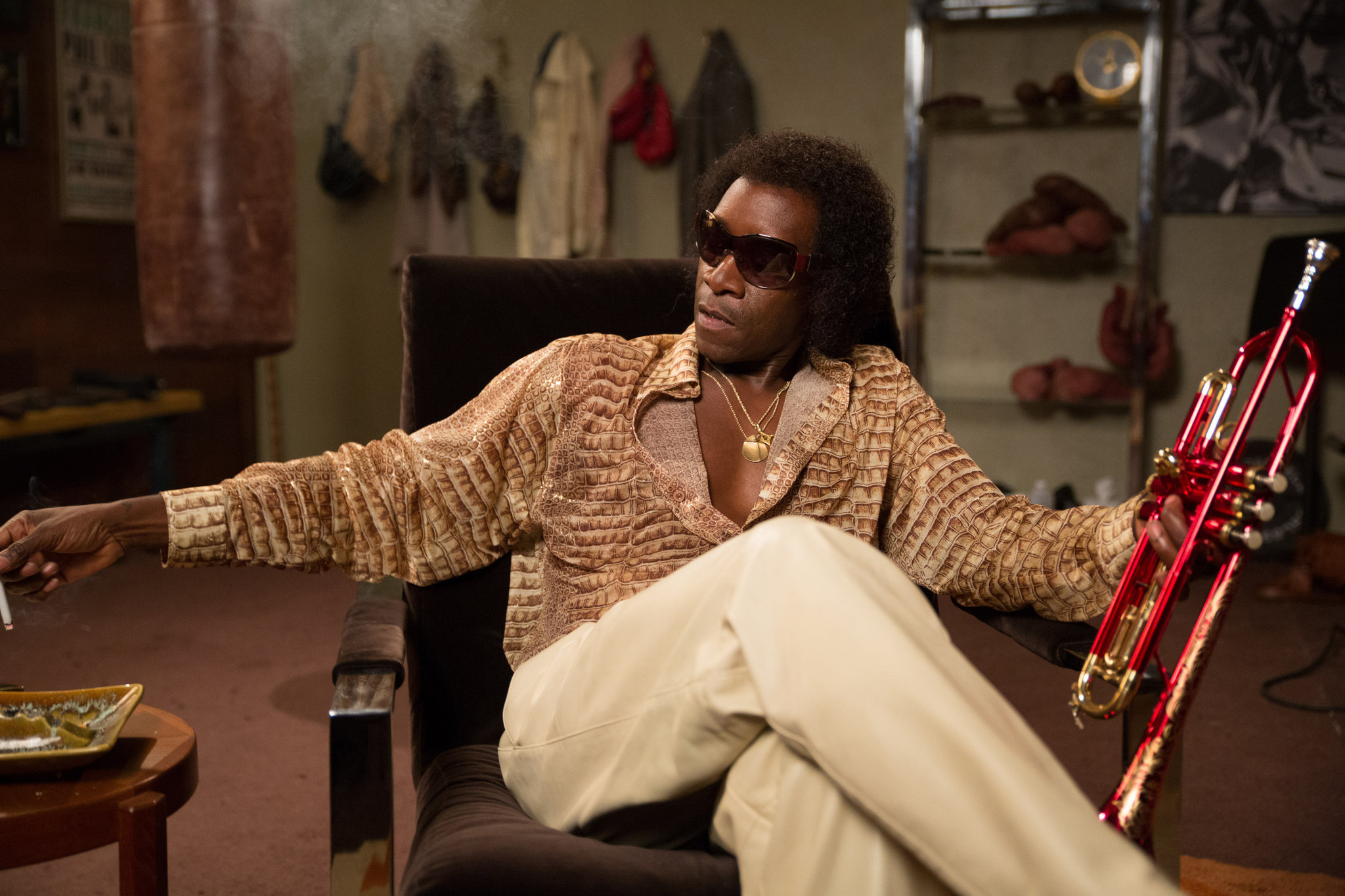 “Does it matter that stretches of Miles Ahead — a gun-rattling, squealing-tire car chase included — came out of the filmmakers’ imagination rather than Davis’s life? (Mr. Cheadle shares script credit with Steven Baigelman.) Purists may howl, but they’ll also miss the pleasure and point of this playfully impressionistic movie.”
– NEW YORK TIMES

“To give a performance this layered and complex and unstinting while also directing the film around it, which is risky and imaginative and full of life, testifies to impressive powers of concentration.”
– SALON