Nicolas Cage, born Nicolas Kim Coppola, achieved success by his own means without using his famous family name, Coppola. Cage’s film career began in the early 80s and earned a reputation for being quirky, funny, and unconventional — but it wasn’t until the mid-90s that the young actor really hit his stride, earning an Academy Award in the process. Cage has remained daring in his exploration of the complete emotional gamut of human personality. He’s never hesitant to be completely free and exposed in a role, knowing full-well that one of his performances may draw mockery. Throughout his career, Cage has played a broad range of characters and occasionally takes unconventional approaches to them, but it all serves to produce a very human performance. It’s that unpredictability and fearlessness that makes Nicolas Cage one of the most electrifying actors of his generation.

O Cinema’s monthly series, SEASONED ACTORS, celebrates the work of an actor that has greatly contributed to the cinematic culture of our lifetimes. And for our 2nd season, we’re honoring the work of the one and only NICOLAS CAGE!

With his only connection to the outside world lying in Portland businessman Amir, taciturn, meditative hermit Rob (Nicolas Cage) has found solace deep in the heart of the dense Oregon forests and the unique bond with his only companion: his beloved truffle-hunting pig. Tired of grappling with the profound sadness of prolonged grief, Rob relies on a simple daily routine to keep his sanity, self-respect, and dignity, utterly unaware that he has already caught unwanted attention. Now, his best friend is missing, and revenge can only make things worse. Indeed, strange as it sounds, inconsolable Rob only wants his pig back, and if he has to, he’ll go to the edge of the world to find her. But first things first. Who has Rob’s pig? 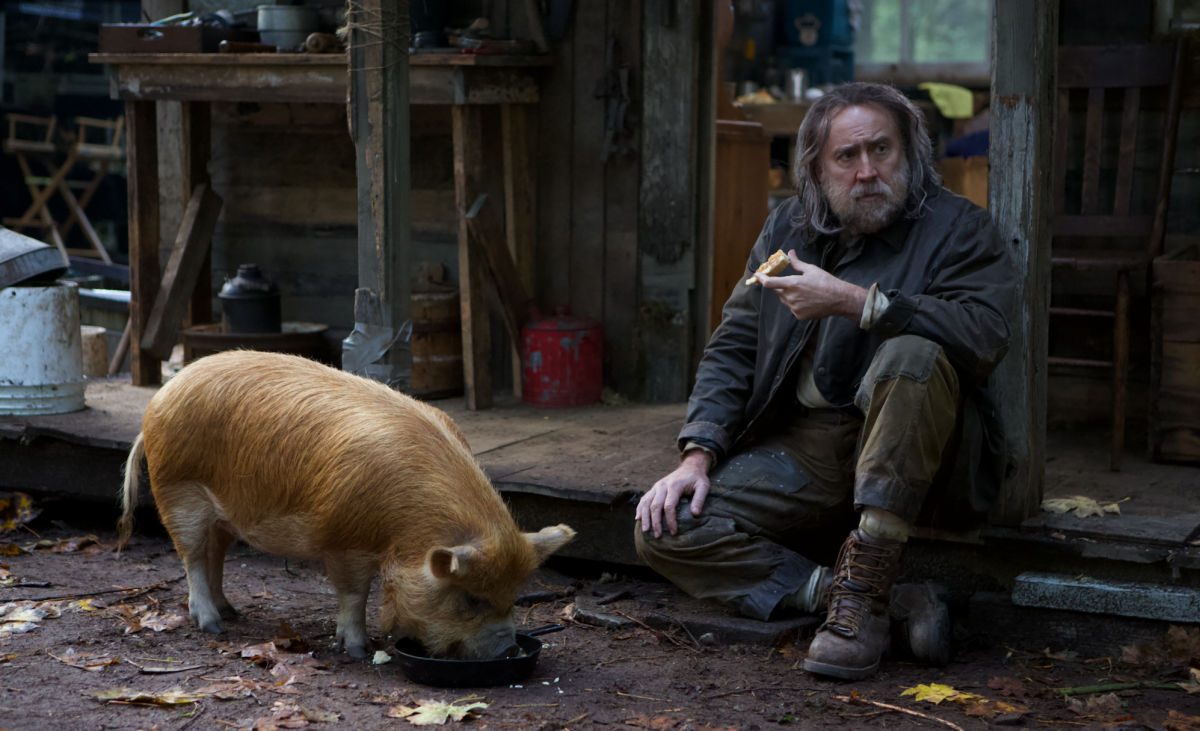 “It’s a rustic, poetic, occasionally funny, sometimes heartbreaking and wonderfully strange and memorable character study of a man who is in such tremendous pain he had to retreat from the world.”
– CHICAGO SUN TIMES

“At a time when so many people are struggling to find something of value in their lives, when people are fleeing jobs, cities, futures they thought they wanted, Cage has crafted a quiet soliloquy about grasping on to something that has meaning. In some ways, this is one of his most emotionally brutal films.”
– AUSTIN CHRONICLE