The Birth of a Nation

Set against the antebellum South, THE BIRTH OF A NATION follows Nat Turner, a literate slave and preacher, whose financially strained owner, Samuel Turner, accepts an offer to use Nat’s preaching to subdue unruly slaves. As he witnesses countless atrocities – against himself and his fellow slaves – Nat orchestrates an uprising in the hopes of leading his people to freedom.

When a little slave boy, Nathaniel “Nat” Turner, was taken to meet the Elders in the deep woods of 1800s Southampton County, Virginia, it was determined he would be a prophet. It became evident that the unusually intelligent boy would become able to read, so he was encouraged to study the Holy Bible and be a preacher to his fellow slaves. But when Nat’s master decides to profit from his preaching skills by putting him on an inter-county preaching tour, Nat begins to see the full contours of slavery and is moved to become a different kind of leader.

Based on true events, THE BIRTH OF A NATION is the long-awaited story of Nat Turner, the American-born slave who would lead the most successful slave rebellion in American history. Having appeared as an actor in several features (Arbitrage, Red Hook Summer), Nate Parker returns with this bold, compelling, and deeply inhabited first-time feature—and proves that he is an ascending triple-threat talent. 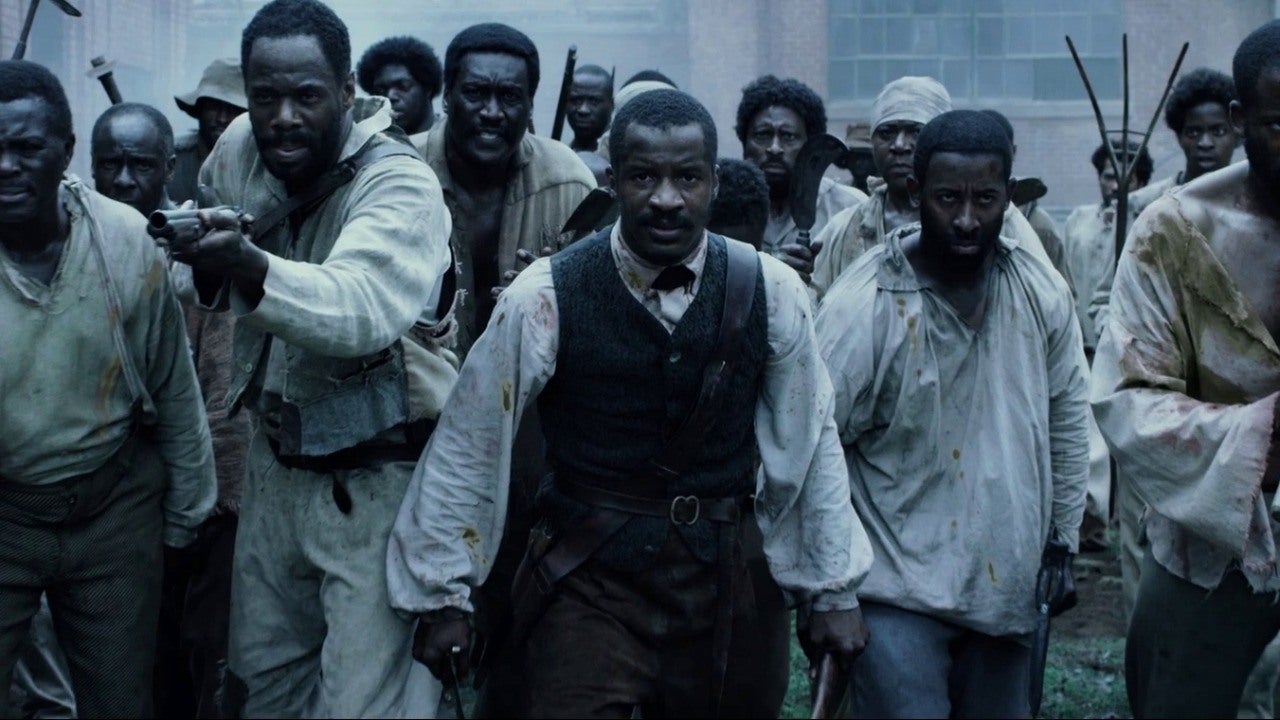 “A biographical drama steeped equally in grace and horror, it builds to a brutal finale that will stir deep emotion and inevitable unease. But the film is perhaps even more accomplished as a theological provocation, one that grapples fearlessly with the intense spiritual convictions that drove Turner to do what he had previously considered unthinkable.”
– VARIETY

“Both broader and deeper than the relentless and monotonous “12 Years a Slave,” it’s one of the few important movies to hit cinemas this year.”
– NEW YORK POST

“Parker creates a fascinating portrait of Nat Turner as neither hero nor villain. In the end, he’s portrayed as a man faced with tough decisions.”
– USA TODAY

“A movie of potent provocation and surging humanity that ranks with the year’s best.”
– ROLLING STONE

“More than a movie about a slave rebellion, it’s about the difficulty of reconciling the great moral chasms between thought, vision, and deed.”
– VULTURE

“This film puts Nat Turner and his moral journey dead center, and it asks you to take an unflinching look at how an inhuman system broke the human beings trapped in it.”
– HITFIX

“In script and performance, the film is an articulate howl of anguish and rage given depth by a discerning comprehension of the ways various communities can rely on faith for very different means.”
– THE PLAYLIST

“A big, unabashedly ambitious picture, heavy with the weight of history. But its best moments turn out to be the smaller human ones.”
– ENTERTAINMENT TONIGHT

“The film offers up more than enough in terms of intelligence, insight, historical research and religious nuance as to not at all be considered a missed opportunity …”
– HOLLYWOOD REPORTER