Green Gables Cafe is a small family-owned business. We began with a dream between mother, Ana Rabel, and daughter, Laura Mar.

Our concept, developed with much passion and care, brought Coral Gables its first restaurant that emphasized sustainability with a focus on local and organic foods. The well-being of our business is deeply rooted in the well-being of our community. We aim to nourish our customers with organic whole foods, in an inspired setting, and at a good value. Our dedication to responsibly grown and raised ingredients support the growth of sustainable food systems and mark a return to the tradition of quality, nutrient-dense foods. We partner with local artisans and work with sustainable farmers to procure organic foods and pastured, grass-fed, hormone-free, and antibiotic-free meats and dairy. Beyond the food, we strive to be a welcoming example of environmentally conscious living. We commit to eco-friendly practices like utilizing compostable packaging, recycling, and plastic bottle waste reduction initiatives. We are always happy to share information about our products and practices.

Set against the backdrop of a heated national debate on captive big cats in America, THE CONSERVATION GAME follows the story of Tim Harrison, a retired cop who stumbles upon a bombshell discovery while undercover at an exotic animal auction. What follows is a high-stakes game of cat and mouse filled with lies and conspiracies, eventually leading to a showdown between Tim and his childhood hero.

Set against the backdrop of a heated national debate on captive big cats in America, THE CONSERVATION GAME follows the story of Tim Harrison, a retired cop who makes a bombshell discovery while undercover at an exotic animal auction. He starts to suspect that America’s top television celebrity conservationists may be secretly connected to the exotic pet trade. What follows is a high-stakes game of cat and mouse, filled with lies, deception, and coverups.

As his investigation leads deeper into the secret world of the big cat trade, Tim and his team take their fight to the halls of Congress, pressing lawmakers to pass federal legislation that would end the private breeding and exploitation of these endangered and majestic animals. But when opposition comes from an unexpected source, Tim is forced to face the demons of his own past, while wrestling with the consequences of exposing his childhood hero.

In the United States, there are now more tigers in captivity than in their native wild habitats, and the exotic animal market is a multimillion-dollar business that thrives in the shadows of pseudo-sanctuaries, roadside zoos, and private menageries with little or no federal oversight.

At the same time, popular late-night and morning TV shows—from The Tonight Show Starring Jimmy Fallon to Good Morning America—feature special guests like endangered snow leopards and tiger cubs along with their celebrity wildlife experts to educate their audiences about endangered species and the natural world. But despite what the public is told, Tim sets out to discover where these animals actually come from and what happens to them when the cameras and studio lights turn off. 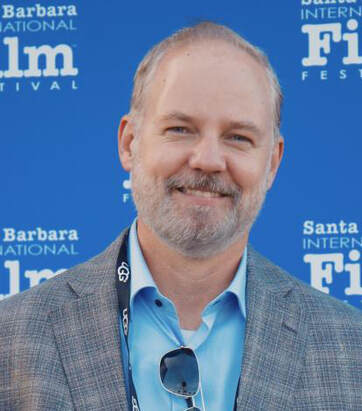 Michael Webber has served as writer, director, producer, and visual effects supervisor on hundreds of television, motion picture, and commercial projects. Webber spent much of his career co-producing independent and theatrical films released by studios such as 20th Century Fox and Lionsgate.

In 2010, Webber departed from the world of fiction films to pursue his passion project, a groundbreaking cinéma-vérité documentary about the exotic pet trade titled, The Elephant in the Living Room. The film would go on to win 5 Best Documentary Awards, earning its place among the top-rated films of the year and releasing as the #1 Independent Film in the US.

In the years to follow, Michael would become known for his many contributions to the exotic animal advocacy cause. He is the winner of the coveted Genesis Award from the Humane Society of the United States and has participated in countless exotic animal rescues. In 2019, he was honored to be the keynote speaker for the Big Cat Sanctuary Alliance.

Michael has participated in numerous film panels and has been a featured guest on countless television and radio talk shows, including The Today Show, ABC World News Tonight, NBC Nightly News, and Nightline. His work was also the topic of an ABC 20/20 special. “Something for the Tiger King crowd, but eschews sensationalism to deliver something with much more bite.”
– ROGEREBERT.COM

“Tiger King is Rosencrantz and Guildenstern Are Dead and The Conservation Game is Hamlet. The farce is good for a few laughs, but the tragedy has more staying power.”
– FILM THREAT

“The way Blackfish blew the lid off SeaWorld, The Conservation Game rips back the curtain on the celebrity conservationists.”
– SANTA BARBARA INDEPENDENT