King Arthur’s headstrong nephew embarks on a daring quest to confront the Green Knight, a mysterious giant who appears at Camelot. Risking his head, he sets off on an epic adventure to prove himself before his family and court.

An epic fantasy adventure based on the timeless Arthurian legend, THE GREEN KNIGHT tells the story of Sir Gawain (Dev Patel), King Arthur’s reckless and headstrong nephew, who embarks on a daring quest to confront the eponymous Green Knight, a gigantic emerald-skinned stranger and tester of men. Gawain contends with ghosts, giants, thieves, and schemers in what becomes a deeper journey to define his character and prove his worth in the eyes of his family and kingdom by facing the ultimate challenger. From visionary filmmaker David Lowery comes a fresh and bold spin on a classic tale from the knights of the round table. 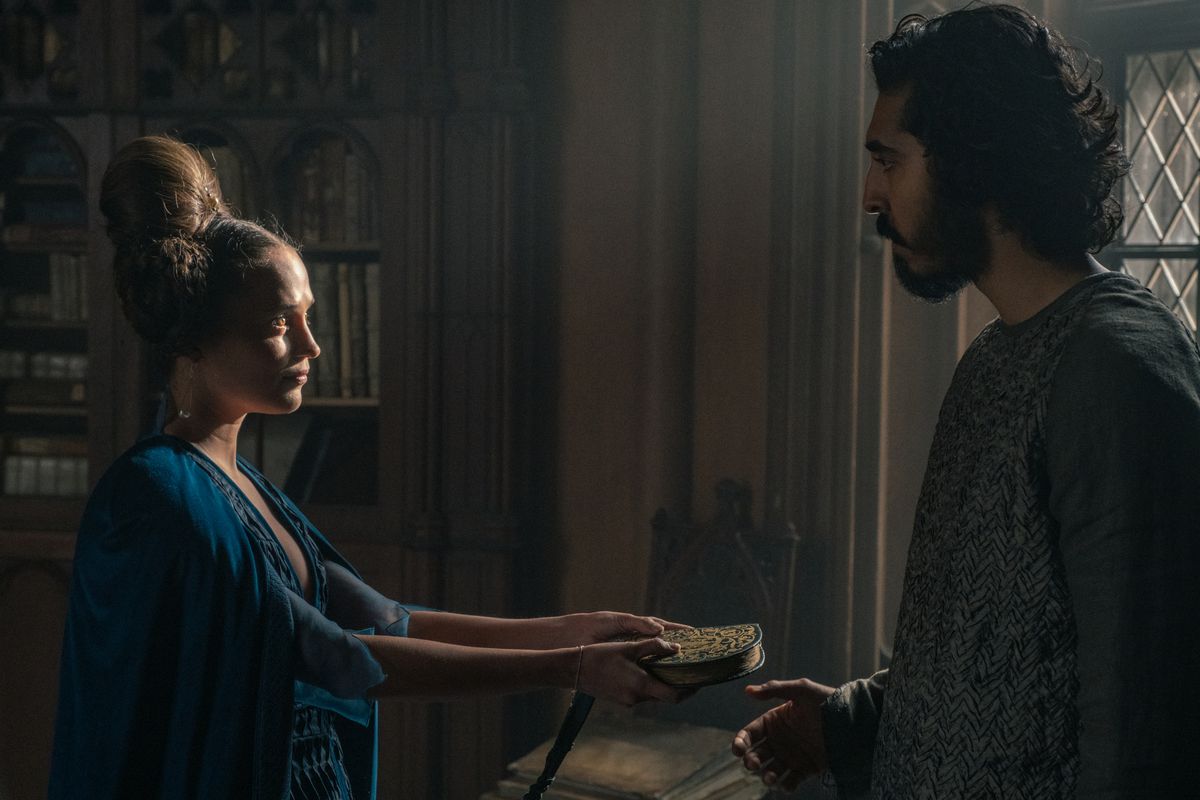 “It is scary, sexy, and strange in ways that American films are rarely allowed to be, culminating in a sequence that cast the whole film in a new light for this viewer. We’re all just sitting in that banquet hall, listening to the story requested by King Arthur, told by a master storyteller.”
– ROGEREBERT.COM

“The Green Knight is always interesting — and occasionally baffling — but at the end it rises to a swirling, feverish pitch of feeling and philosophical earnestness.”
– NEW YORK TIMES

“The enormity of this film intimidates me. And it hypnotizes me, and seduces me, and captures me until it feels as if the green has grown like moss over my entire body. But rather than threatening to choke, The Green Knight injects a new source of oxygen into the sword-and-sorcery genre.”
– /FILM

“Told in sumptuously gritty imagery, this epic feat of bold imagination is unconcerned with mitigating its creative force for the sake of unadventurous audiences.”
– THE PLAYLIST

“Stoned out of its mind and shot with a genre-tweaking mastery that should make John Boorman proud, it’s also the rare movie that knows exactly what it is, which is an even rarer movie that’s perfectly comfortable not knowing exactly what it is.”
– INDIEWIRE