During the winter of 1952, British authorities entered the home of mathematician, cryptanalyst and war hero Alan Turing (Benedict Cumberbatch) to investigate a reported burglary. They instead ended up arresting Turing himself on charges of ‘gross indecency’, an accusation that would lead to his devastating conviction for the criminal offense of homosexuality – little did officials know, they were actually incriminating the pioneer of modern-day computing. Famously leading a motley group of scholars, linguists, chess champions and intelligence officers, he was credited with cracking the so-called unbreakable codes of Germany’s World War II Enigma machine. An intense and haunting portrayal of a brilliant, complicated man, THE IMITATION GAME follows a genius who under nail-biting pressure helped to shorten the war and, in turn, save thousands of lives. 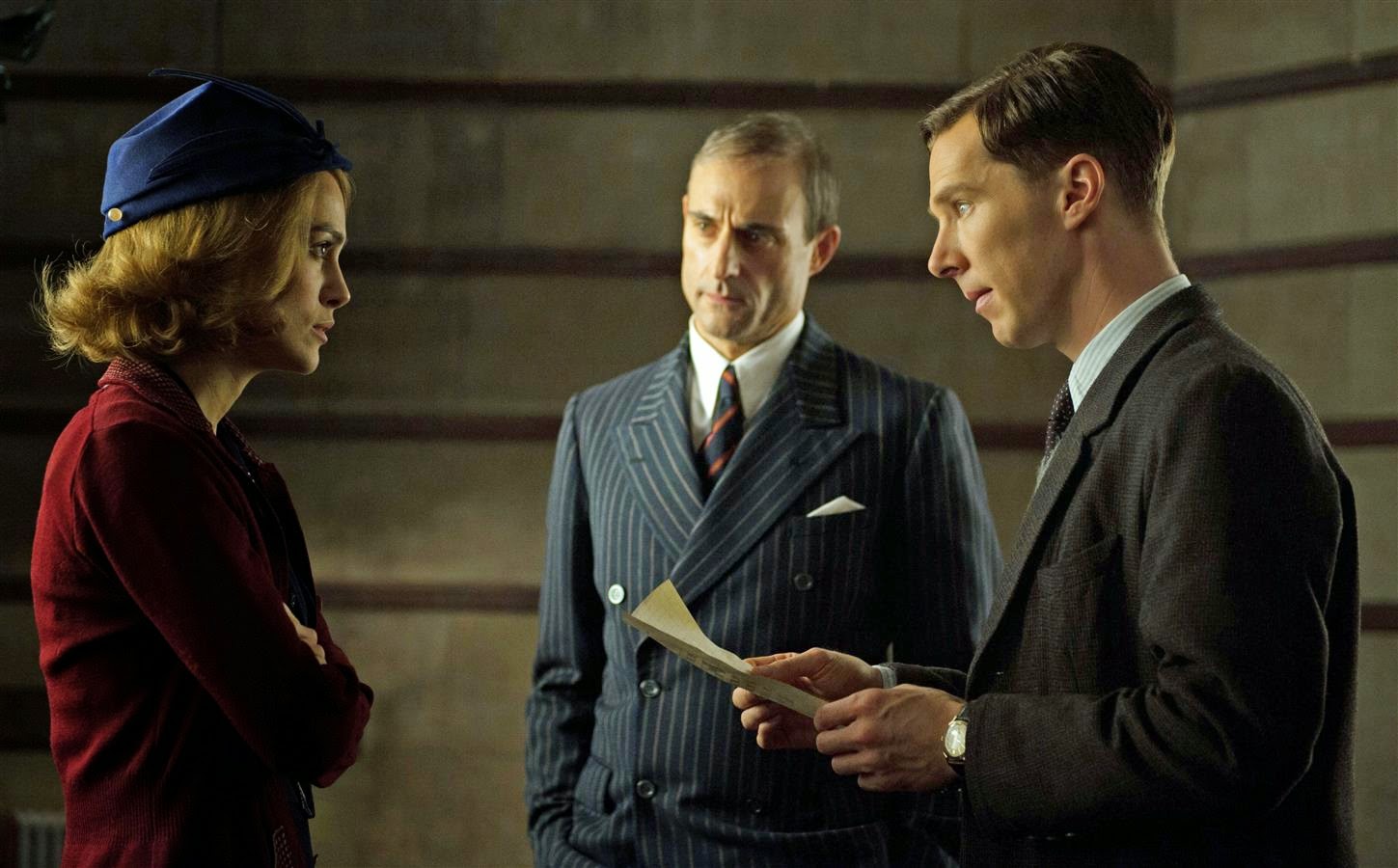 “Unlike The King’s Speech, which won a clutch of Oscars for its dull propriety and Masterpiece Theater vibe, The Imitation Game is vibrant and lively, engaging you on several levels.”
– MIAMI HERALD

“The movie is undeniably strong in its sense of a bright light burned out too soon, and the often undignified fate of those who dare to chafe at society’s established norms.”
– VARIETY

“Strong, stirring, triumphant and tragic, The Imitation Game may be about a man who changed the world, but it’s also about the world that destroyed a man.”
– FILM.COM

“Good as he’s been in the past … the richness and complexity of Turing’s character make this portrayal of an arrogant, difficult, sure-of-himself individual the role of Cumberbatch’s career.”
– LOS ANGLES TIMES

“It’s a sad and heartbreaking story that keeps you nailed to the screen for its entire 114-minute running time.”
– NEW YORK OBSERVER

“Based on the biography by Andrew Hodges, Imitation illuminates Turing’s brilliance in an engrossing and moving film that features a standout, Oscar-worthy performance by Benedict Cumberbatch.”
– USA TODAY

” ‘The Imitation Game’ is a highly conventional movie about a profoundly unusual man. This is not entirely a bad thing.”
– NEW YORK TIMES

“There’s truth to it. Turing’s story is indeed hard to imagine. Thanks to Cumberbatch’s committed performance, a lot more people will know it.”
– ASSOCIATED PRESS