VICE explores the epic story about how a bureaucratic Washington insider quietly became the most powerful man in the world as Vice-President to George W. Bush, reshaping the country and the globe in ways that we still feel today.

George W. Bush may have been the 43rd President of the United States, but Vice President Dick Cheney was arguably the true power behind the presidency. Given unprecedented control over the country’s energy, military, and foreign policy, Cheney defined the second Bush era both at home and especially abroad.

VICE looks at Cheney and his behind-the-scenes reign through director Adam McKay’s (THE BIG SHORT) incisive satirical lens. Starring Academy Award winners Christian Bale and Sam Rockwell as Dick Cheney and George W. Bush, and Academy Award nominees Amy Adams and Steve Carell as Lynne Cheney and Donald Rumsfeld, VICE is a tour de force of writing and acting that peers behind the curtain of the Bush presidency.

Whatever your political inclination, it’s undeniable that Cheney’s actions changed the course of history. VICE is the incredible true story of a man possessed of ruthless ambition and cunning, putting the United States and himself on top by any means necessary. 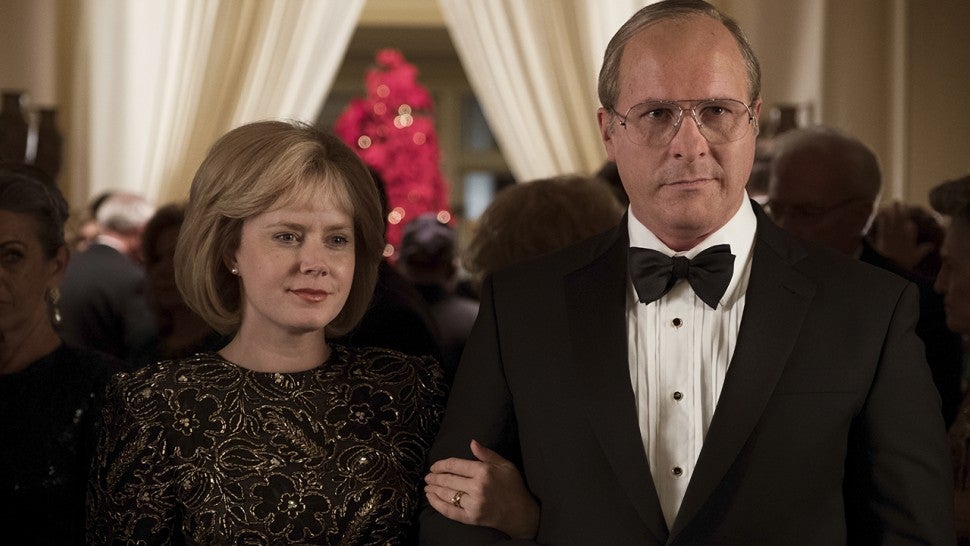 “Brainy, audacious, opinionated and fun, Vice is a tonic for troubled times. As smart as it is partisan, and it is plenty partisan, this savage satire is scared of only one thing, and that is being dull.”
– LOS ANGELES TIMES

“Through wit, surprise and an irrepressible ballsiness comes a scorching humor that neither curdles nor becomes exhausted.”
– HOLLYWOOD REPORTER

“Exquisitely crafted…It’s a strange little amalgamation that totally works: a vicious Shakespearean satire about power-hungry mind-sets, stealth corruption, American ambition and the current state of divided affairs in our country, but also a quasi-fictional go-for-broke biopic about a political leader we really don’t know at all.”
– USA TODAY