Women of the White Buffalo

*PLEASE NOTE THAT ALL TICKETS INCLUDING BRUNCH ARE OFFICIALLY SOLD OUT! HOWEVER, THERE ARE STILL TICKETS THAT DON’T INCLUDE BRUNCH FOR SALE*
The Lakota women living on the Pine Ridge Indian Reservation in South Dakota are rising up against the forces that continue to suppress them. By preserving and protecting their ancestral values and wisdom, they provide a source of hope to their people. With exclusive access to the lives of 8 women, insight is gained into the experience of modern Indigenous American women living on a reservation.

An ancient, Native, matriarchal society has been upended by centuries of genocide and colonialism. This has resulted in culturally sabotaged and isolated communities that are in a constant struggle to save what remains of their sacred identity. The Lakota women living on the Pine Ridge Indian Reservation in South Dakota, are rising up against the forces that continue to suppress them. By preserving and protecting their ancestral values and wisdom, they provide a source of hope to their people.

With exclusive access to the lives of 8 women, ranging in age from 10 to 98, we explore powerful testimonials of loss and survival as we gain insight into the experience of a modern Indigenous American living on a reservation. Gripping historical accounts and startling timely statistics guide viewers down the path that has led to these present day conditions.

The indelible voices of these determined women inspire us with their strength, gifting us with ancient insights that speak to our current global, environmental and cultural crises. These are the powerfully rich stories of the brave women and children living in the poorest county in the United States. 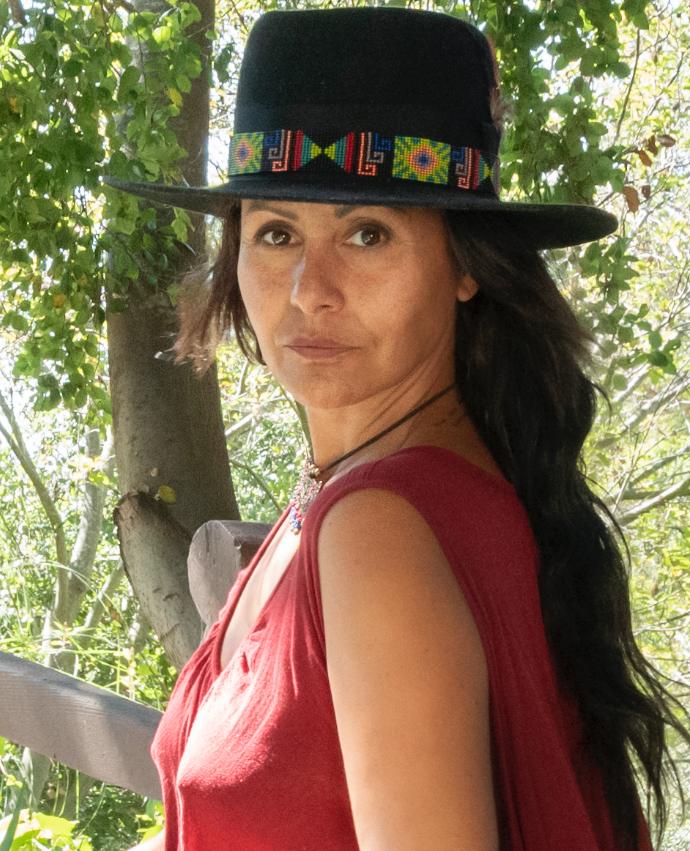 Deborah Anderson’s photographic work has graced the covers of pop music albums and magazines, as well as the walls of an expansive clientele of private homes and landmark hotels worldwide. Her photographic work has hung in galleries both in Europe and the US. The world-class Leica Galleries are currently hosting shows globally for this project.

The intention of this film is to shine a light on our Native sisters and to include their voices in this current wave of global Women’s resistance. To inspire the next generation of Native Americans to remember who they are and utilize their own ancient wisdom in the much needed healing of their communities. To gift non Native people an opportunity to learn from this beautiful and powerful culture and confront the forces that perpetuate inequality and historical racism which keep us separated from one another.

As they say in Lakota, Mitákuye Oyás’iŋ, “We are all related Sunrose Iron Shell, 32, is an artist, activist, poet, and teacher who fights everyday to help her students on the Rosebud Indian Reservation remember the Lakota ways in a world that wants them to forget.

“My students have been told they don’t exist, they are brainwashed into believing that they don’t need to connect to their Lakota ways, their ceremony or language. When I first came to teach at St. Francis Indian school, I was shocked to learn that most of my students don’t even have their Indian names. Only a handful had gone to sweat. To the outside world they are seen as Unicorns, a rare breed, yet they have no idea. So I feel it’s my responsibility to impact them for the next 7 generations to come through my art, through my passion to stay connected to our culture, so I can inspire these kids and bring them happiness and joy in remembering who they are.”